The Call of Samuel

“Samuel!” He heard his name. Dead of night
Temple bed, near the flick’ring lantern light
To the priest (name of Eli: poor of sight)
“Did you call? Helping you is my delight!”

“Wasn’t me. Were you dreaming? Back to bed”
So he went. On his pillow placed his head
Twice again: his name was called. So he said,
“Eli, sir, you must have called!” But instead:

Eli said, “Perhaps the Lord calls to you
if again, heed my words here’s what to do:
to him say, ‘speak, for I’m your servant true’.”
thus God spoke: words to him that were brand new

Gift to God: God gifted you – prophets sight
for to him, you listened with all your might

yesterday I was reading from 1st Samuel chapter 3 and so thought I would try re-telling the call of Samuel in sonnet form.

and now the boring stuff (for poetic nerds like myself) – feel free to not read this part unless you really enjoy discussion of form:

I liked the rhythm of the first line…so thought I would try to keep that rhythm throughout the poem (not as successful as I had hoped, but I think I came close). The stereotypical sonnet is written in iambic pentameter (2 syllables per foot – or “beat”, and 5 feet per line, with second syllable of a foot getting the emphasis. I tried to go a bit different with mine…each line is supposed to start and end with a dactyl (a 3 syllable foot where the 1st syllable is stressed). In between the dactyls, either 2 iambs or 2 trochees (a trochee, like an iamb, is a 2 syllable foot, except that it’s the 1st syllable that is emphasized.

Sharing this with dVerse for Open Link Night

can it still be called a sonnet if it lacks of fourteen lines, yet has one-hundred-forty syllables? And if the words fit within a prescribed rhyme scheme, so instead of counting lines, syllables were counted and then multiples of ten were all rhymed and broken into lines they amounted to Elizebethan form or they mimed the schemes of Petrarch or Spencer?

Can you call it a sonnet if it reads more like prose than poem, but it still adheres to a few of the rules? Is it a sonnet? Who knows!

Count my syllables, and after each ten, make a line break. Is it a sonnet then?

The above is my experiment in what I would like to call a “prose sonnet”. My idea with this is to do with the sonnet what Allen Ginsberg did to the haiku with his “American Sentence”. If you do count the syllables in my piece, you will find (unless I miscounted), that syllables with a multiple of 10 are rhymed ABAB,CDCD,EFEF,GG as would be the case in an Elizebethan sonnet.

I’m posting this to dVerse, for Open Link Night. Please do go visit, and read the works of some rather fabulous poets!  (This also responds to Bjorn’s Tuesday prompt to write a poem in questions)

A Sonnet for the dVerse Quadrille Challenge. Yes. I *am* crazy.

it dawned on me
tis hard to write
when sonnets be
wound up this tight
syllabically,
you cannot fit
much more than three
words and a bit
per line although
you’re trying hard
you’ll surely know
you must discard

Although I love the quadrille challenges at dVerse, it does make it very challenging to write such forms as the sonnet…unless, of course, you’re willing to use dimeter instead of pentameter  🙂

After a time, the fire starts to die
down to embers. Eventually, those, too
fade from bright red to dull grey like some eye
that is losing sight. We could renew
the flames with more wood, but without a sound
we all seem to agree that this holy
time must soon come to an end. A profound
hush descends, as each one of us slowly
gives in to contemplation. Could it be
that silence is more sacred than that which
preceded it? Is it possible we
see clearest when the world seems dark as pitch?
When the light from the flames finally ends,
around the circle a silence descends.

the prompt at dVerse today is to write an elegy.  I don’t know if this quite fits the bill, although as I wrote this piece, the image of a group of family and friends standing around the bed of a dying loved one was constantly in my mind (more specifically, me, my wife, and my wife’s family standing around the bed of my father-in-law as he finally surrendered the fight).  In this poem, the fire is very much a metaphor for life.  The renewal of the fire with wood might be seen as leaving the machines hooked up…  Yes, my poem is highly metaphorical, but does speak of a wonderful man whom I still miss very much.

I had actually written this prior to hearing the prompt, but it seemed to fit the bill.

No poem today for Open Link
no inspiration came my way
my Muse told me she couldn’t think
I’m sorry, there’s no poem today
I wish to speak to you in verse
but cannot think of any rhymes
I cannot think of much that’s worse
but that’s the way it goes sometimes
I hope that in two weeks from now
I’ll have a poem to share with you
but for right now, I must allow
my Muse to think of something new
I am so sorry that today
I have to poem to send your…hey wait a minute…!

Sharing this for Open Link Night at dVerse. Come on by and share your own poetry, or just browse through “Mr. Linky” to read the works of some fabulous poets!

Oh…and tomorrow is the start of NaPoWriMo (National Poetry Writing Month).  Why not join the fun at napowrimo.net?

NaPoWriMo Day 15: When Poets Talk About Their Feet

and fourteen rows, would that be fine?
you seem to want a sonnet form
I’ll have to write you line by line
indeed that’s how I write, my norm…

I think I’ll write you in a bit
oh wait! It looks like you are writ!

The folks at napowrimo.net have challenged me to write an aubade, or morning poem.  Aubades are poems about dawn or daybreak, and are often a lovers’ morning farewell…typically, “it is a song from a door or window to a sleeping woman.” (Wikipedia).  I could not find any information indicating that the Aubade needs to take any particular form, and so I do not know if I am doing this entirely correctly…

I leave for work quite early, dear
The kids drive me insane
And so with them you’re stuck, I fear
As I speed down the lane
You’ll see me when the clock strike five
I should be sane by then
I only hope that you survive
These hours, nine or ten
Adieu, my sweet, I hope your day
Is not too hectic dear
Your lustrous hair is turning grey
It is the kids, I fear
Who knew that heading off to work
Would make me seem like such a jerk?

Honestly, I do feel this way some mornings.  My kids are morning people…I am a bleary eyed man in search of coffee and quiet…  My wife also wakes slowly, and so it is sometimes hard to leave her at home with the kids.

As an interesting twist…I have today off, and my wife is planning on going out for the morning.

If you’ll indulge me, I’ll be bold
and tell you what will cause a buzz
I wouldn’t mind it here on hold
except your hold station is fuzz

It’s true that I don’t mind to hold
but a human voice…that would be gold!

As part of my job, I spend quite a bit of time on the phone…and a significant amount of time on hold. The first 3 quatrains of my sonnet each address a different peeve of mine: 1) being stuck on hold where they make me listen to a poorly tuned radio station, 2) companies that have one tune that repeats over, and Over, and OVER.  Especially when that is a company that I have to call on a regular basis.  3) being stuck on hold where there is no music, no intermittent beeping…nothing to indicate that I am actually still connected.  I did not have room in my sonnet to complain about companies that make me listen to country .  (sorry, I’ve offended some of you now)

It’s Open Link Night at dVerse, and that’s where I’ll be linking this.  If you are a poet, and want to join a great community of supportive poets and great prompts and challenges, click here to visit the dVerse homepage.

reminding me that
my paper load is most reluctant
to expostulate

the afternoon sun blazes most slowly
as I grab my slingshot…

for dVerse, where we are “connecting the dots” (click the link for details). I don’t typically write “flarf” poetry, but I am actually quite pleased with this one… 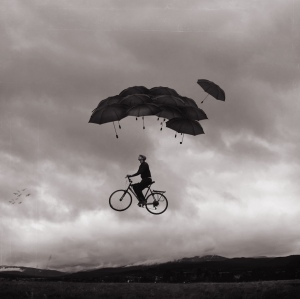 but then again, you could break rules
and find that life is so much more

I decided to try to write an iambic tetrameter blank-verse sonnet as a second response to the dVerse prompt, where we are writing poetry inspired by Joel Robison’s photography.

A Visit With Sandra

Read by four out of five drunken monkeys, written by the fifth.

The Art and Craft of Blogging

Writing in the corner (of my cluttered mind)